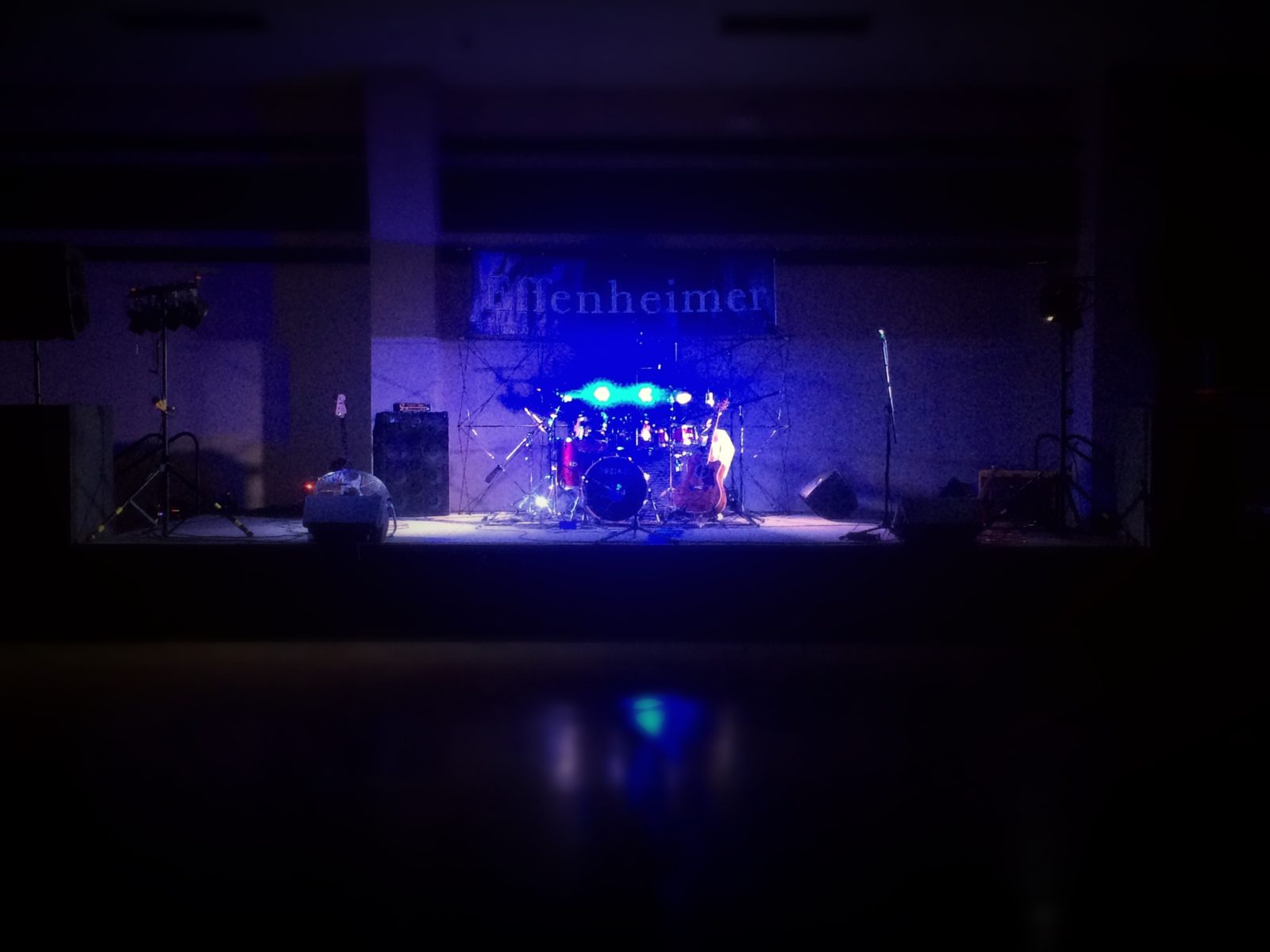 Saturday, May 4th brought a band named “Effenheimer” to the stage of the New Ulm Event Center in New Ulm, MN. This 90’s alternative band was joined by friends to help celebrate the Star Wars “pun” day. Even fully donned Chewbacca made an appearance. It was a fun show with some pretty great covers of Green Day, Foo Fighters and many other 90’s era tunes.

-The Technical scoop-
The show was in a 33,000 sq/ft open floor event center. We decided to use a JBL VRX array system to help fill it with crisp sound. Two units were stacked on each side of the stage. These bi-amp VRX’s were perfect. Front of House and Monitors were both mixed out of a Midas M32-R for ease of use and low footprint.
I made use of the effects processors, which are quite easy to adjust throughout a show. I’ve never really been a fan of drum reverb, but in a large room like this one none was needed, so the drums stayed dry. Guitars are the same for me; if the guitar player wanted reverb, he would have a pedal for that. However, I gave the vocals a little saturation (as needed per song) with my routine favorite, a short hall reverb. Since most 90’s music [vocals] came fairly dry when it came to reverb, I sat around [just over] a 1 second decay “Hall” reverb with low diffusion and a HP around 150 Hz & LP around 4 kHz. This stayed fairly static throughout the night. For delay, I used the “Stereo Delay” processor with similar HP/LP filter settings as the reverb, but this was an ever-changing time factor. I usually sit at a 50ms to 100 ms delay for most 90’s type music with feedback at 10-20%. This is the sound that most Green Day and Foo Fighters vocal tracks have. A few times called for jumping into the 125ms-200ms realm, but those were for the occasional songs that called for it.
I was glad to have the M32 dynamics processors for this show, well, for any show. Being able to dial in attack times to the millisecond and use “mix” (as in parallel processing) really helps squeeze every dB out of the instruments.
This was a fun show to start the Summer season with. Thanks to the band for being cool and easy to work with. I would also like to thank Joe for sticking with me on the long tear down.